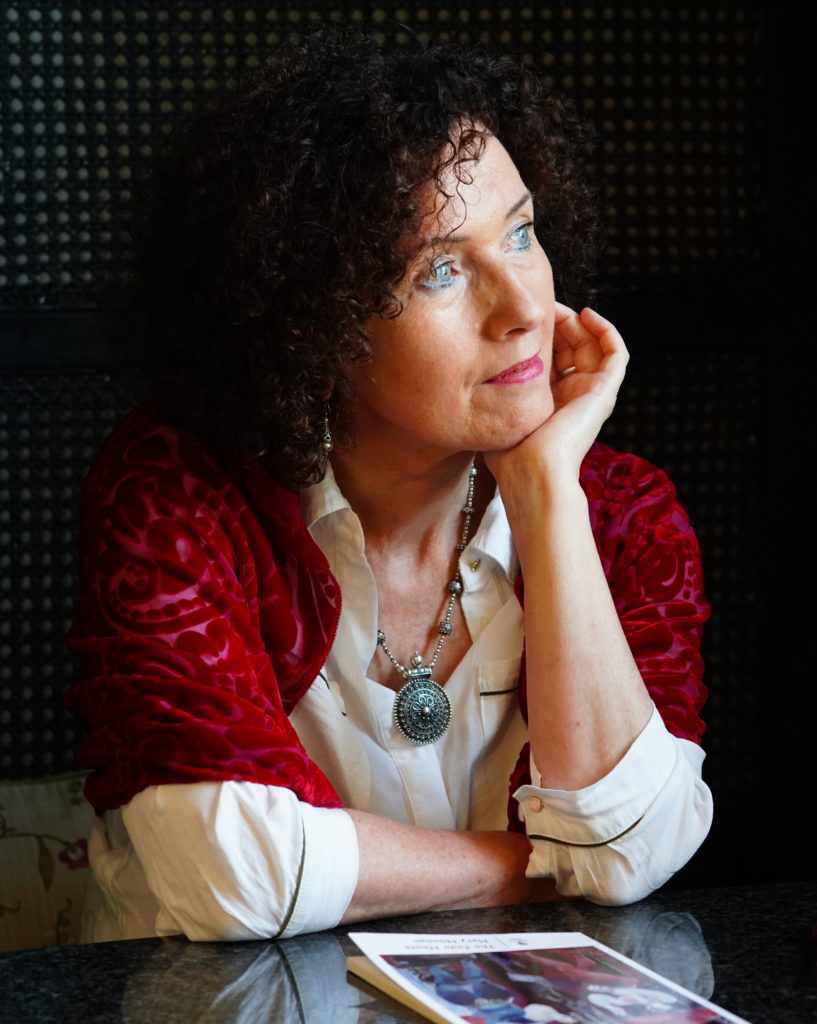 Mary Noonan is the author of two collections of poetry – The Fado House  (Dedalus, 2012)  and Stone Girl  (Dedalus, 2019). She teaches French literature at UCC.  She offers a “dream of the Mediterranean, now that we’re all trapped at home!”  Breda Joyce, who graduated from the MA in Creative Writing earlier this year, revisits a hospital in the past.

are flying in, maybe, to huddle on a

rainy weir, but here, at the Wednesday

and inky octopus lolling on reefs of scarlet

and limestone clock-towers and fountains

we drive, stopping at the sign of the scallop-

shell of Saint James to drink the citrus wine

and eat the sweet oysters of Bouzigues.

In the streets of Sète, a seagull presents

himself at locked glass doors –  knock,

Are you looking for your mate? She’s been

snared in nets, bamboozled by the oysters,

under water on their salty daisy chains.

above an icy river.

* garrigue: scrubland in the Mediterranean region

I was four and my brother nearly two and I squeezed

my mother’s fingers in the ward with the bad smell.

We found my brother red cheeked and crying in the corner,

hands raised about the gate of his cot.

My mother took an orange from a brown paper bag,

held its coolness against his raging cheek,

then peeled the hissing skin and sprayed

the air with a citrus mist.

She offered him a segment and my brother

squeezed its sweetness between his tiny teeth.

(I took one too, to show him what to do)

When visiting time was up my mother

unclasped sticky arms from around her neck,

laid down her little boy among the orange balls.

I saw tears in her eyes, and I blocked my ears

against my brother’s pleading cries as from his cot

he threw each orange out between the bars.

Now it is my mother who stands inside a gate,

and from her doorstep looks out across

a vacant space. My brother tells her she will be ok

that he will visit soon again and wishes her

Before he leaves, he leans across the gate

to place a bunch of tulips beside a bag of oranges

on the other side.