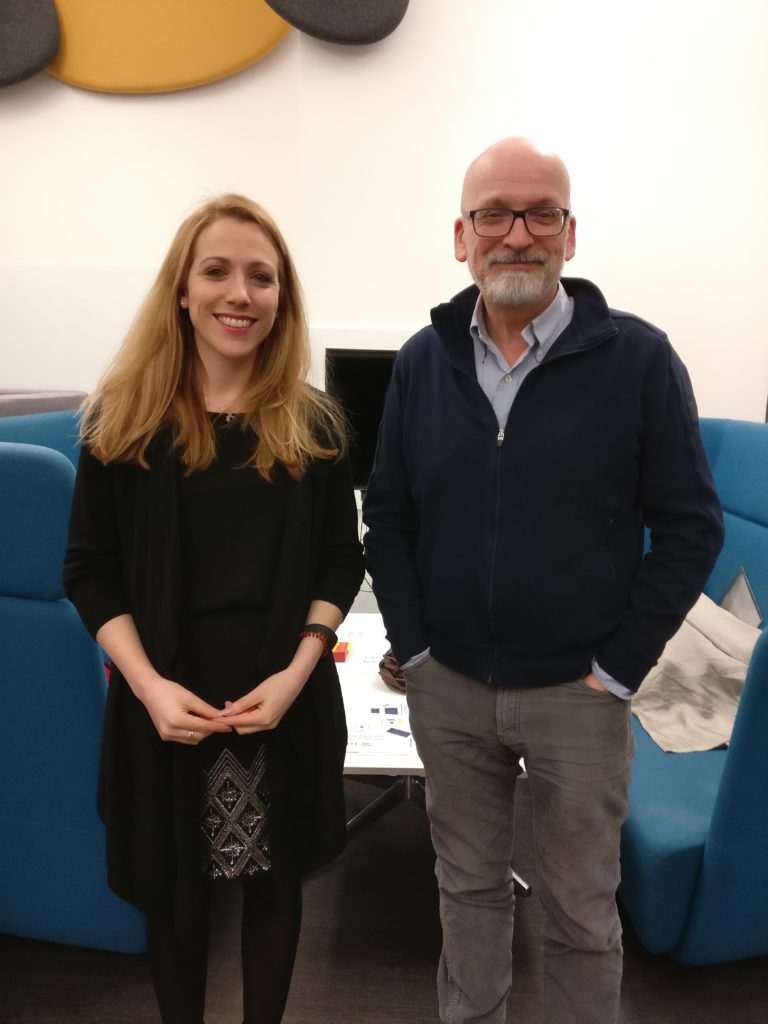 Readers who braved the weather on Tuesday were rewarded with a stimulating reading and discussion about violence and silence in the lives of men, writes MA student Siobhan Ryan-Bovey

As “the Beast from the East” rolled in on a dark Tuesday evening, a dedicated group of writers, readers, and book lovers alike, buzzed in the Creative Zone of the UCC Boole Library. They had all come in anticipation of hearing readings by Irish novelists Roddy Doyle and E.M. Reapy.

Roddy Doyle is, arguably, the more well-known of the two given the length and breadth of his career, whereas Reapy was reading from her debut novel.  Doyle is an author of both children’s and adults’ literature, and is known as a master of dialogue. He has also founded a flourishing organization called “Fighting Words” that offers free tutoring to children and teenagers in creative writing.

Doyle’s most recently published novel Smile was published in 2017 and deviates from “traditional realism” as Associate Director of Creative Writing, Mary Morrissy, who introduced the readers, put it.  E.M.Reapy read from her novel Red Dirt which won the 2017 Rooney Award.

Reapy’s novel is based on the experience of Irish backpackers in Australia. In the section she read to us, two young men make a decision to abandon their friend who’s having a bad reaction to an acid trip, in the middle of the outback.  She uses fresh, colloquial language but manages to avoid making her characters’ problems seem frivolous. In her exploration of the difficulty of being a foreigner abroad, she shows the poignancy of male relations and the difficulty of dealing with guilt. Murph, the character with whom Reapy said she identified with most, finds the depth of his self-reproach difficult to deal with and to communicate.

Similarly, but closer to home, Doyle’s early pub scene from Smile  – a novel about the aftermath of child abuse – introduced us to the world of his protagonist, Victor, who has found himself in an uncomfortable new chapter of his life, alone, separated from his wife and back in the territory of his childhood. Victor strikes up a conversation with a man who convinces him that they were classmates in secondary school though Victor has no memory of him.  The scene is both hilarious and uncomfortable.  We sense there is something amiss in the conversation, something strange going on underneath.

During the Q&A session following the readings, Morrissy asked the readers why they had chosen these topics to write about. Doyle claimed he didn’t plan his work too meticulously. “The planning is in the writing,” he said. He did most of his thinking on the themes explored in the novel only after its publication when he saw how it had struck a chord with many people.

Interestingly, both authors used experiences from their own lives to flesh out the troubled existences of their characters. Reapy began writing the section of the novel she read from, after her own experience as a fruit picker in Australia. In Doyle’s case, he drew on his own experiences at secondary school in Ireland at a time when corporal punishment was still legal.t Reapy began her writing her novel while still in Australia, but Doyle needed distance to write Smile.  Decades had passed since his own time in school before he tackled writing about it.  Doyle said that the process of writing on the subject of abuse had a “coldness to it” because of the very process of writing: taking away, replacing, and manipulating words to create a certain effect.

Both authors need silence and space to write. Reapy likes pure silence while Doyle prefers the silence of “everyday noise” around him.  He also listens to instrumental music. While they both had their own style and their own way of finding their way to a story, it seemed that neither of them could have written their novels without giving a large part of themselves to their characters, and on Tuesday night at UCC, to their audience.