Is the past unknowable?  MA student Mairéad Willis writes about the latest School of English reading, where award-winning writers Paul Lynch and Carys Davies discussed how to approach history when writing fiction. 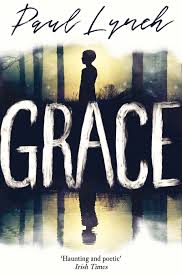 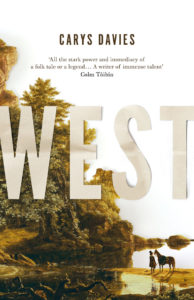 Paul Lynch’s Grace and Carys Davies’s West are novels with historical settings, but Lynch wants you to remember that so-called “historical fiction” actually speaks to the modern world.

Lynch,  the author of two previous novels, and Davies, who has written two previous short story collections, read from their latest works in the Boole Library Tuesday night as part of the School of English reading series.

Grace follows the titular character, a 14-year-old girl travelling on her own during the era that the reader knows to be the Great Famine, although the book never names it. West takes place during the expansion of the U.S. government into Native American and French lands at the beginning of the nineteenth century. It tells the story of mule breeder Cy Bellman as he searches for the living specimen of a massive beast whose bones have been discovered in Kentucky.

Neither author set out to write a work of historical fiction. While answering questions after the readings, Lynch explained that fiction set in the past can comment on the present through “refraction,” an idea about which he has written recently on the LitHub website. (See link below.)

Davies was inspired to write the story that became West when she learned that the first Americans to discover mammoth bones believed that the creatures might be alive somewhere. She pointed out that characters written in the past are compelling because “they don’t know what they’re living through, but we do”.

Neither novel is typical of the escapism the term “historical fiction” might imply.  Both authors ask their readers to consider aspects of the human experience that remain constant over time: the quest for meaning and the struggle to survive.

The readings revealed that Lynch and Davies use different writing approaches. The style of Grace is ornate, reflecting Lynch’s attempt to bring the reader as close to Grace’s own experience as possible. In contrast, Davies’s prose is much sparser, inviting the reader to consider what might lie in the silences between what the characters say.

One question that often troubles prospective writers of fiction with a historical setting is the research required to recreate the past, but Lynch and Davies both claimed that story comes before study when writing. Davies wrote a draft of West before conducting much research, although she spent months afterward editing the novel to make it true to history. Lynch stressed the importance of understanding the sociopolitical world of the novel, but he, too, often lays only a thin foundation in research before he begins writing.

When an audience member asked whether they ever came across a new historical detail that changed their story completely, Lynch and Davies differed from one other in their answers. Davies commented that although later research did change her story, the changes were improvements. She cited as an example that reading treaties in which the American government traded goods like beads and cloth for Native American lands dramatically shifted the way she approached the story of the novel.

Lynch, on the other hand, said that once the narrative has set a course, he is hesitant to stop it. While writing, he knew that many people living through the famine saw it as an act of God and therefore renewed their commitment to the Catholic. Church. He was more interested, however, in the idea that such fear of God may also have led to the rise of independent preachers with small, fervent followings. He learned from an historian that there had been such groups post-Famine, and so he decided to include that in his novel instead of focusing on the more prominent, but also more obvious, influence of Catholicism.

Lynch and Davies’s powerful novels serve as reminders that although the past may seem like another world, the events of history have profound resonance in modern life. As different from their ancestors as modern people may imagine they are, these books force readers to engage the past with empathy. The technological and sociopolitical scenes may change, but the questions at the heart of human experience never really do.