That was the unsettling question writer-in-residence at the West Cork Arts Centre Maeve Bancroft posed to five MA students who recently spent a day at the Great Hunger Exhibit in Skibbereen. 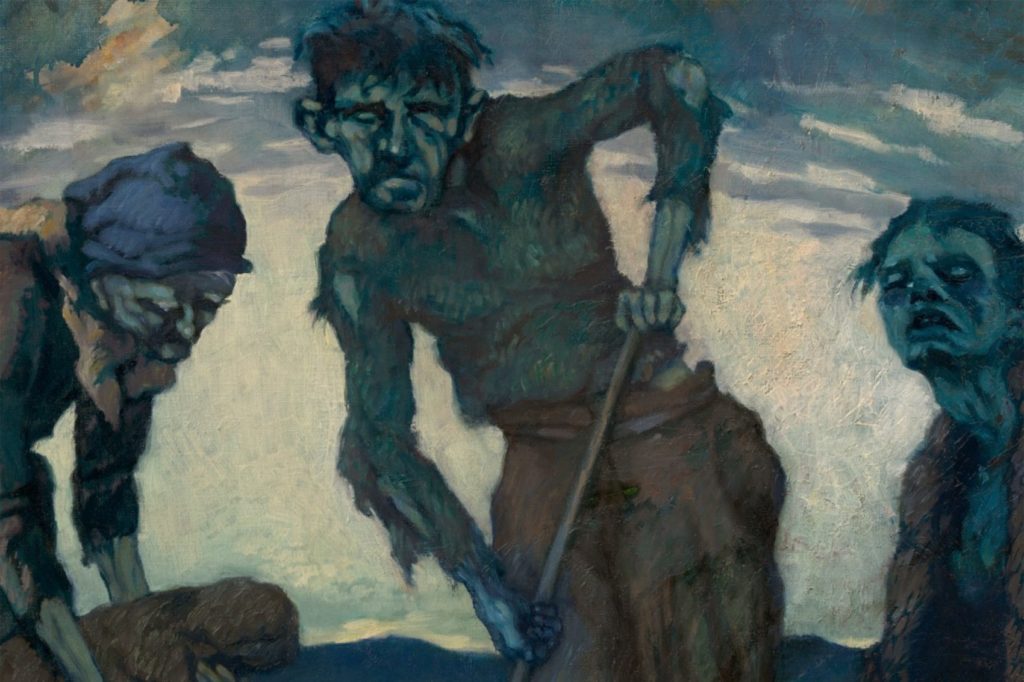 Imagine being hungry, sick, not knowing if you would ever eat again. That was what Maeve asked us to do at the start of our day in Skibbereen. Before visiting the exhibition, we had gone to  the Skibbereen Heritage Centre, and learned the bare, ugly statistics of the Famine.

We stood in a two-foot by two-foot box on the floor which represented the space given to each occupant of the girls’ workhouse dayroom during the famine. Two-by-two was smaller than we had imagined it would be. None of us could lie down in a two-by-two square. We could not even sit.

Next, we went next to Uillinn, the West Cork Arts Centre.  The exhibition featuring artwork from the Ireland’s Great Hunger Museum, Quinnipiac University, Connecticut – see https://www.artandthegreathunger.org/ – so was divided between two floors. On the ground floor were paintings made during the Famine, and on the first floor were statues and paintings created in the past 150 years.

The most painful pieces of art to look at were made by artists born years after the famine. In “Burying the Child” by Lilian Lucy Davidson – featured above –  a hollow-cheeked, blue-skinned father dug a grave for his infant son, pausing to look directly at the viewer as if to say ‘Don’t look away.’ It was pointed out in the audio guide that when a person suffers a trauma, it is difficult for her to rearrange memories of horrific details into a coherent narrative. Perhaps this is why our society has only recently begun to produce artwork depicting the famine. The film Black 47, released this year, is among a very few set during this haunting chapter in Irish history – https://www.irishtimes.com/culture/film/black-47-the-famine-on-film-it-s-only-taken-170-years-1.3397444

Another piece of artwork in the gallery, Rowan Gillespie’s “Statistic I & Statistic II,” consisted of two tables inscribed with the names of immigrants buried in a mass grave in New York, where they died shortly after their arrival. We’ve learned about the famine in abstraction from statistics noted in textbooks or from lectures, but to read those individual names and firsthand accounts of suffering brought the horror of the famine home to us. The exhibit forced us to consider in stark terms the implications of not only the Great Hunger, but starvation around the world.

In the late afternoon, Maeve took us to the Abbeystrowry Cemetery, where nine thousand people who died during the famine were buried. There was a flat, grassy field and plaques dedicated to their memory. While some of us found this place peaceful, others felt unsettling.

On our way to another graveyard, this time by the workhouse, we wandered by a polytunnel. Maeve drew our attention to the different types of vegetables, leafy greens and juicy cherry tomatoes growing there. She explained that if it had merely been a matter of growing enough food to support their population, the Irish could have survived without the potato. Many crops grown during the famine were actually exported to make a profit for landowners, despite the widespread starvation in their own backyards.

The workhouse graveyard was a quiet plot of land near the hospital. There were branching trees and no headstones, and it was strange to think that beneath our feet lay the remains of hundreds, if not thousands. When Maeve left to bring the car around, a horse in the next field came over and nuzzled us. The day was full of moments like this: strangely sweet, strangely funny, strangely normal.

Afterwards, we talked about what the day had inspired us to create. It had been difficult to write, we agreed. Who were we, who had never starved, to tell these stories?

Since our visit some of us have written about our day in Skibbereen and some have not, but we have all spent moments walking through the day again in our minds.

We’d like to thank Maeve Bancroft for inviting us to Skibbereen and for her hospitality during our visit. (Maeve is currently completing a creative writing PhD at UCC with a novel about Famine emigrants to Canada.) 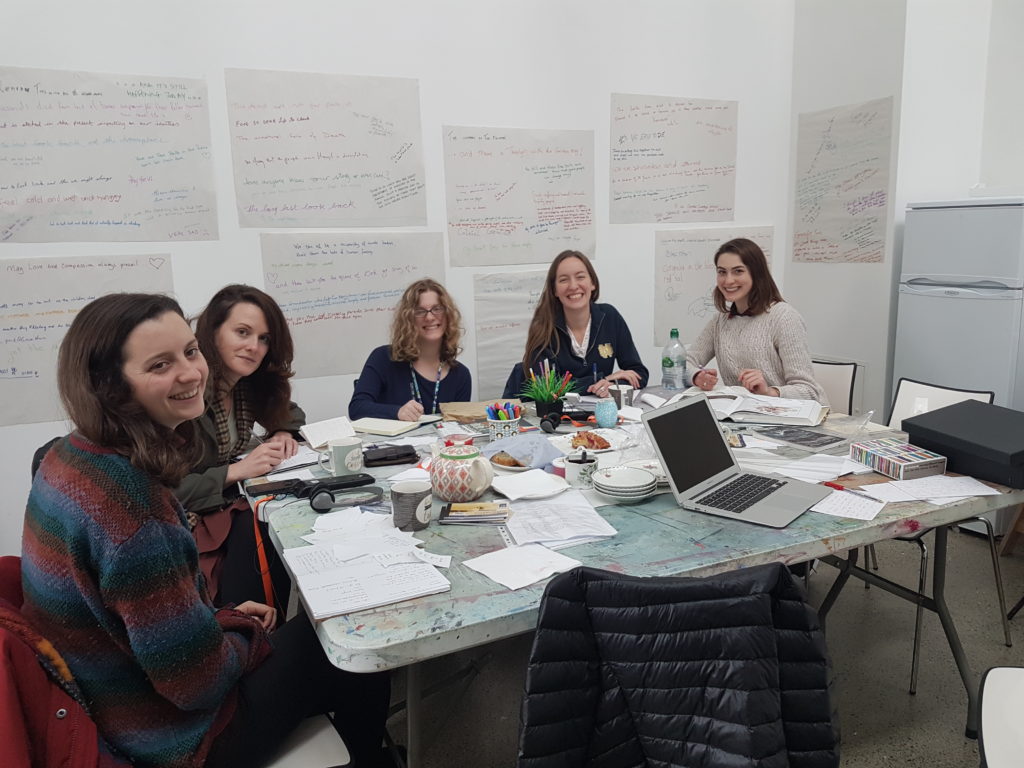