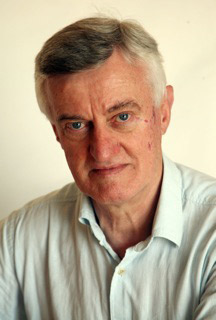 Bernard O’Donoghue is an internationally acclaimed poet whose work is published by Faber, one of the leading poetry houses in the English-speaking world. He has been awarded the Whitbread Poetry Award and the Cholmondeley Award, and has been shortlisted for the T.S. Eliot Prize.

The publication by Faber of his Selected Poems in 2008 marked a major milestone in Bernard O’Donoghue’s reputation, offering a judicious range of poems, chosen by the author himself, which draw on 20  years of work and which highlighted O’Donoghue’s deep and lasting relationship with the rural Cork of his upbringing.

O’Donoghue was born in Cullen, Co Cork in 1945, and he still lives there for part of the year. In 1962 he moved with his family to Manchester, and since 1965 he has lived in Oxford where he is now an Emeritus Fellow in English at Wadham College. He has taught Medieval Literature and twentieth-century Irish literature in Oxford since 1971. He has published books on Medieval European poetry and on modern Irish poetry, especially Seamus Heaney. He has published seven books of poems, most recently Farmers Cross (2011), and The Seasons of Cullen Church (2016), both with Faber.