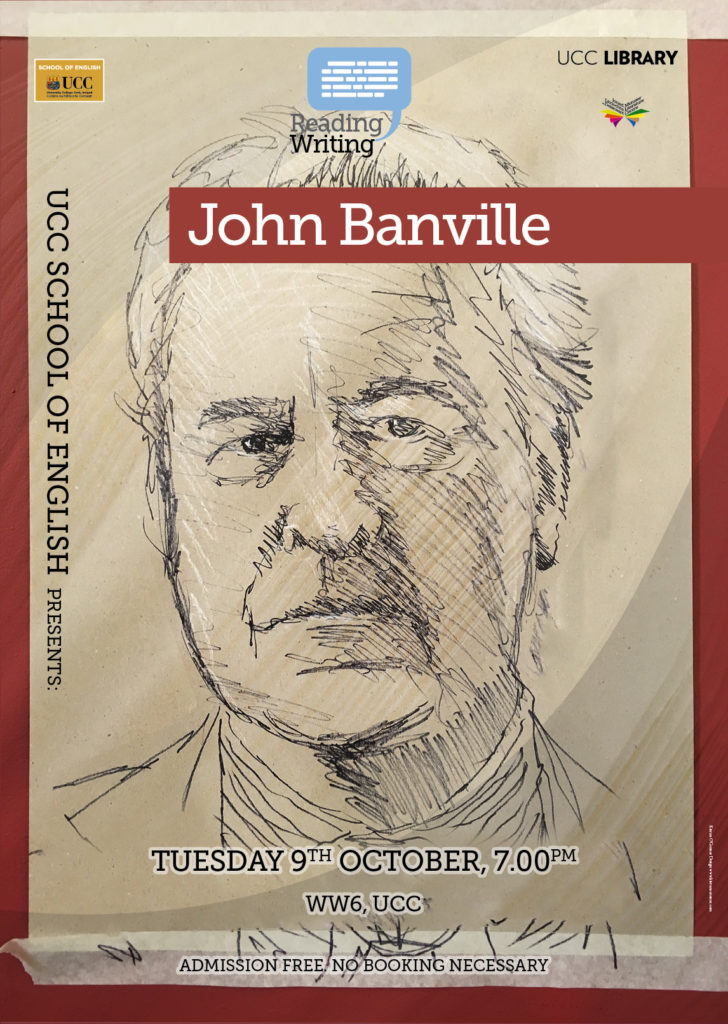 Don’t forget – John Banville reads at UCC tomorrow, Tuesday, October 9, in WW 6 @ 7pm.  He’ll also be talking to our MA fiction workshop students about his writing life in the afternoon.

Banville is the author of more than 20 novels, both under his own name and his crime-writing pseudonym Benjamin Black.  He is also a memoirist and screenwriter and has adapted several of Heinrich Von Kleist’s plays for the stage. He won the Booker Prize with his 2005 novel, The Sea.  His most recent novel Mrs Osmond is a speculative continuation of the Henry James novel, Portrait of a Lady.