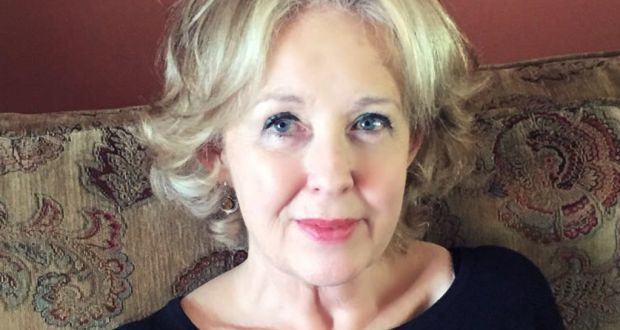 Mary O’Donnell is the author of 13 books of poetry and fiction.  She has worked as a theatre critic, broadcaster and a teacher of creative writing. Earlier this year she was conferred with a PhD in Creative Writing (Fiction) at UCC.  Here she writes about a familiar experience for any student writer.

From: STOLEN, a short story

He gets along fine with the others on the MA programme, and likes most of the tutors too, although he still wonders about the red-head—the ‘multi-genre writer’ according to the bio on her website—who believes she can stretch him in new reading directions.

Even so, he tells himself to go with the flow, to accept what comes his way. Whether his sense of expansion derives from simply being away from Leinster for a year remains to be seen. At forty-nine, he has man-breasts, thin legs and no arse to speak of. He’s not one of those guys who drift around with a sheaf of poems sticking out of the tweed jacket pocket, or who carries a Boxer pup as a babe magnet. At least he has abundant hair, tied back these days in a rough ponytail with a piece of string.

One of the other tutors is renowned for his verbal flayings of students whose non-fiction memoir isn’t up to scratch, and creates a terrifying atmosphere in the classroom. A broad-shouldered, brown-haired, long-eared chap whose essays appear frequently in a big-wig journal in England, nothing the students write can meet a standard so lofty Karl thinks it must give him altitude sickness. Karl, who hasn’t read the journal in question until now, doesn’t know what all the fuss is about. Unlike the red-head, Long Ears doesn’t believe in praising the positive and not over-emphasising the negative. They are all incompetents, with no hope of making it in the world of writing. In the presence of Long Ears, some of the younger guys sweat. The women seem more able for him. He’s pretty free with his language too. Wanker. That arse. Oh for fuck’s sake. Dropped from his mouth as a matter of course, although Karl too has begun to use similar language as he moves around the house, sometimes knocking into things when he’s drunk too much, even more so when he has to re-draft his work.

Even so, he has discovered oxygen blowing into him again after ten years in Dublin’s planning offices. There was safety, yes. Collegiality. Regular salary. Green plants shivering beneath the AC system in summer as he and the others worked through the applications, some of which made the cut, it went without saying. Even so, the magisterial nature of decision-making had begun to drain him and he felt the ancient pull of wanting distance, especially since the break-up with Anna. It has been a quest for great plains, something new to pit himself against after Anna announced two years ago that she was bisexual and had met someone else. You mean you’re gay, was his bald, stunned response. No, I mean I’m bisexual, Karl. Bisexual? If you can take that on board. That really raised his hackles, apart from the shock of it. Splitting hairs, trying to have it every way. She was leaving him for another woman, so how the fuck did that make her bisexual? Was she leaving the door open, in case she changed her mind and wanted to get back with him, or be with another man?

He’d always wanted to move away from Leinster, with its city-defined attitudes, its aspiring garden-trimming-coordinated-fucking-furniture-leaving-cert-child-buggering-dinner-party ambition, have a larger house, live more cheaply. Their home had been neat and modern. Dining-room linking to sitting-room on the left. Small office to the right. Downstairs loo he could hardly stand up in while he pissed. White walls everywhere and neutral furnishings with the odd flash of a Moroccan kilim and a turquoise cushion. The usual polished granite kitchen island—a prerequisite in every Irish kitchen when someone decided that food preparation could no longer occur on worktops facing a wall, but must be performed on a space the size of Texas. But Anna wouldn’t budge from her commuter route to the city. And then she met Henni, from Finland.

It wasn’t like the old days when you stuck it out and put up with one another until the man died and the wife entered a new phase of coming and going as she pleased, of bridge, hiking (that made him laugh, thinking of all the under-exercised flesh trailing up and down the Sugar Loaf mountain), evening courses and weekend breaks to Kerry with ‘the girls’. Even so, the stomach-sickening, pile-driving shock of discovering that she loves—absolutely loves—a woman, pretty much in the way she’d once loved him, took some digesting. He developed irritable bowel syndrome, found himself practically skidding to the bathroom to shit his guts out, all because of heartbreak. Now he was truly emptied, and that heart was just—just—beginning to grow numb, scab over. To heal, in therapy-speak. Since taking up with Henni, and implicit in this, while recovering from life with him, Anna has been having monthly therapy, suggesting recently that he should try it too.