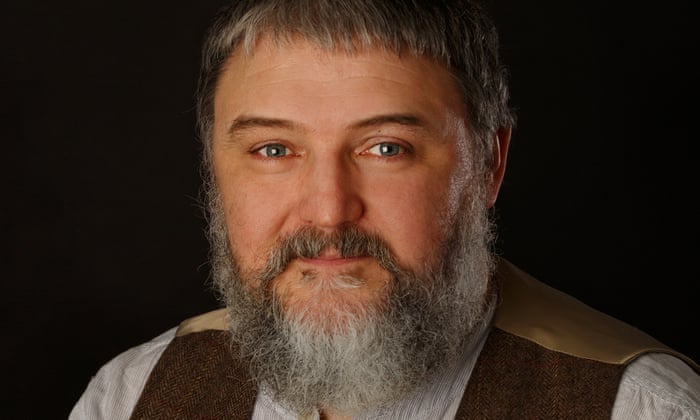 Cork novelist and short fiction writer Billy O’Callaghan read in the Department of English reading series with John Banville last November and gave a master class to MA students. This extract recalls another kind of lockdown –  the muffling effects of illness, isolation and being snowed-in.

from Old Love,  a novella-in-progress

The pain started, or became noticeable, back on the evening of the first of March. Tommy can be so precise about the date because earlier that same morning the initial flakes of a blizzard had hit, after days of anticipation. In the pubs and shops and even on the radio, a white-out was all anyone talked about. A week or so earlier, some wise-ass on one of the Cork stations, in prognosticating all kinds of weather-related horror, slightly misquoted the line from Joyce, “Snow was general all across Ireland,” either deliberately or by accident corrupting the tense from past to future, and it quickly caught on as the go-to phrase, even out here on the island, initially as a kind of punchline but then as a doom-laden statement of impending fact. Late February had been such a thin, cold month, the small days decked out in grim frocks of cloud and fog, and then March came roaring in, a couple of hours on from its first watery dawn, and by the time he had sat down to his porridge, somewhere around nine o’clock, the sea a hundred yards back from the cottage could no longer be seen and the snow, not yet intense but with a certain fine Siberian heft that he’d not experienced before, had turned everything in that westerly direction the pepper-dull colour of the sky.

By evening the whole world was whiteness. Somewhere in the day, after eating a couple of boiled potatoes and the leftover half of a can of baked beans that he had in the fridge and quickly fried, he’d banked down the fire and settled himself with a copy of the Examiner some few days out of date.

The dog’s snarling woke him. He lifted his head from the back of the armchair, stunned to know that he’d been asleep, and for perhaps ten or twenty seconds felt a tightness across his chest, as if he were bound to the chair by a coil of heavy rope. His mind was still mostly off in some warm place, in the smoky moments after a better springtime dawn with the sensation of another beside him in the narrow bed, a body naked except for the spill of shadow but already turned away, there and somehow not, and the rags of the dream made such a confusion of the room around him that he struggled to register the actual hour as late rather than early, with the light having all but drained away. The fire to his left had burnt down to a ruby smouldering, and the newspaper had slipped from his lap and pitched itself in a loose spread of crumpled and collapsing tents beside his right foot. Over near the door, the spaniel crouched sphinx-like, belly to the ground, alert and keeping guard, and when Tommy strained to listen, he caught the faint scratchings and the occasional thud of something small careening against the old wood and guessed from having known this happen before that it was a rat, probably smelling the heat and desperate to get inside, especially with night coming on. He stirred in his armchair and the dog noticed he was awake and began to bark, as if delivering news, and instantly, because of the meanness of the sound, the scratching stopped. “Good dog,” Tom whispered, though it hurt his chest to do so, but when he started forward a little, with the intention of getting up, a new pain screamed through him, a vicious stabbing sensation deep and slightly to the back of his left side, so suddenly intense that his vision darkened in a kind of swoon and bubbles of sweat blistered his forehead.

He slumped back, helpless, and waited for the worst of it to subside and the details of the cottage to regain their shape. Then, when he could, he leaned forward with caution, got himself to his feet and walked in a slow, unsteady loop around the room, avoiding the small table and the part of the floor where the dog was still crouched, wincing into every step and breathing in tight quivers but pushing on, telling himself that what he was feeling could only be due to the way he’d been sitting, that in his sleep he must have tweaked some muscle or pinched a nerve, and there were few such pains, even ones as overwhelming as this, so serious that they couldn’t be either walked off or stretched away.

But a dozen paces were enough to force a surrender, and he reached out for the support of something solid and settled in a half-sitting lean on the windowsill. Outside, the accumulated snow cloaked everything down to the sea in thundery blue-grey dusk, low stone walls and fields lay smothered, distant rises were rubbed from view, and still it fell, relentless, so fine and dense that it formed clouds of itself, spinning in small tides wherever pressed by a breath of wind.

The dream lingered. It was everywhere, superimposed just out of focus across the latening surface. He couldn’t catch detail, but didn’t need to, because he often woke with the taste of it on his tongue, the fantasy-infused recollections of hot Iberian mornings, the flavours of strong coffee and peaches, the fruit so ripe that when he brought his lips to it he could feel the suggestion of its stone sitting deep within the flesh. And having a bare shoulder to kiss, or burying his face in the jet black tumult of hair, rooting for the hidden back of a neck with his mouth until he could draw awake small moans that were equal halves irritated and thick with giggles. All that he could have had and chose to miss.