Allison Driscoll came to the MA in Creative Writing as a poet in the making. As the year progressed, she wasn’t so sure – until, that is, the annual poetry retreat to the Beara Peninsula 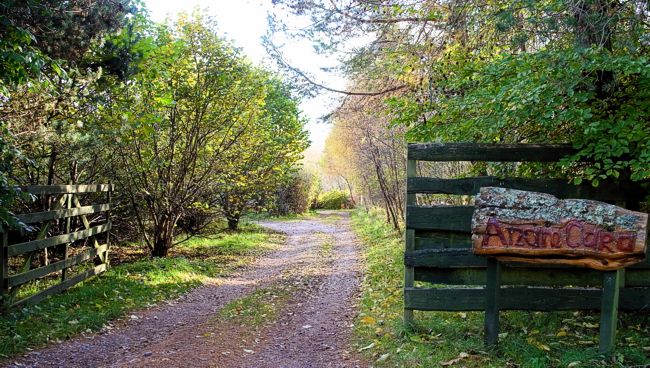 I came to the Masters in Creative Writing as a poet. I wanted to pursue poetry under the guidance of the wonderful Leanne O’Sullivan, whom I had met in Transition Year. It was then that she ignited a passion for writing and I have basically followed her around ever since; continuing to learn and to grow. But poetry only makes up a small part of the MA programme, so I absolutely had to take fiction modules – and I dreaded it.

It turned out that I had nothing to fear. The spark that had ignited when I came to poetry erupted again.  I leaned into it and I wrote stories and I loved it. I really love it.

However, with this new passion I found I couldn’t write another poem. I wanted to throw out every verse I had written in semester one and was daunted by the prospect of a thesis in either a genre.  The annual MA retreat to Beara could not have come at a better time for me.  It was my saving grace.

We were so fortunate to be able to take a weekend out and immerse ourselves in writing and being writers in the Anam Cara Writers and Artists Retreat in Eyeries. In the car on the way down some of discussed the fading lustre of poetry.

Earlier, Leanne had asked this question: are we writers? It was a question we were to ask ourselves every time we came up against an obstacle, be it lack of time or lack of productivity. And while I always responded with a resounding yes internally, I couldn’t say it aloud. I was so unsure, caught between a rock and a hard place.

And then we retreated. We closed the doors to external pressures, to deadlines and to reading what we’re told to. I had a whole library wallpapering my bedroom at Anam Cara and I read from names I knew and ones I couldn’t even pronounce. I found the work of American poet Billy Collins and I was so jealous. I was fired up. And I was itching for my notebook.

Leanne has spoken about Beara and all its inspirations for many years. I only regret not having come sooner. The landscape beats with poetry and its heritage and folklore furnishes a writer’s mind. Titles and first lines came to us all several times throughout the weekend like familiar dreams and we raced to get them down on the page. We met the Cailleach and we walked among the dead in Kilcatherine before moving onto the copper mines. We ascended to the top to look out over the turquoise water which glimmered under the sun. The pulse of the place flowed underfoot and into each of us.

The very essence of the peninsula is writerly. And that was only the excursion element of the trip. At Anam Cara we had time to read and write. Like the men who erected the ancient stone circle we visited whose only task was to survive, ours was only to “be”. All we ever have to do as writers is be. And we need to grant ourselves permission to do that.

At Anam Cara on Saturday night, local healer and seanchaí Mary Madison paid us a visit. She energised us all with her good-humoured stories and her performance of them. We lapped it up for hours as she told tale after tale to us. It was great to be able to gather together and share cultures that are worlds apart and have a common thread of being writers together. .

On Sunday morning we spent some time at the cascades behind the Anam Cara retreat. On our way down we stopped in a bee hut and discussed our current preoccupations; the itch in our writing hand at that very moment. It was so varied and so honest but there was a common trope which was restlessness. It seems part and parcel of the calling to be a writer but it doesn’t make navigating it any easier. We took a moment to give ourselves permission to exist in the world as writers, and if the answer to “are you a writer” is always yes then that is all that matters.

At the waterfall we all wrote poems. The energy of the land infused me and I wrote without stopping because I felt the need to. The urge had returned. On the way home we felt better and could answer the writer question without hesitation. I have come away from the weekend at the beginning of that journey. I am not only ready to get back to poetry but I am excited by the prospect.

And who says I can’t do both?