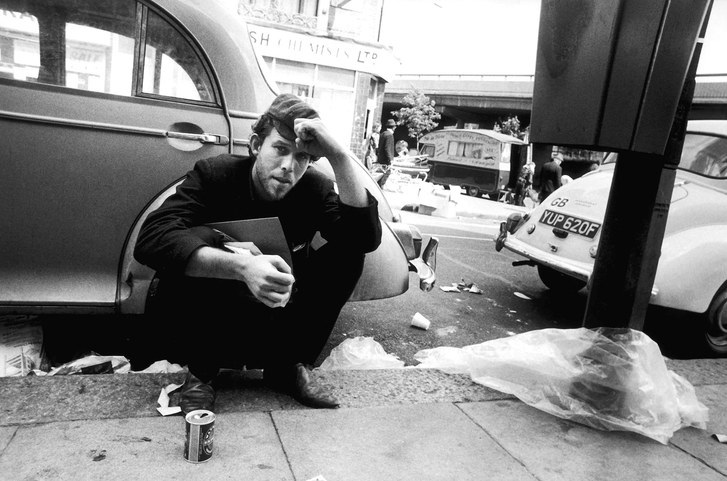 Creative writing student Irene Halpin Long tries to rediscover the joy of just diving into books after a year of directed reading on her MA.

As a teenager and young adult, I always scribbled notes in books I was reading. I enjoyed highlighting chunks of dialogue that I liked the sound of, re-reading them aloud and pretending I was each of the characters. As well as looking up the “big words” in the dictionary, I relished drawing tiny circles around alliterative or consonant sounds in a sentence.

There is a certain freedom to one’s learning when you don’t know why you are doing it. Since starting my MA in Creative Writing, reading has stopped being a leisurely activity.

Before returning to Ireland in August 2015, I had lived abroad for 13 years and my reading choices were heavily influenced by my emigrant experience. Craig, my husband, is South African. When I met him, I started reading books by J.M. Coetzee, Bryce Courtenay, Nadine Gordimer and Athol Fugard.

I was drawn to works of non-fiction, like Long Walk to Freedom by Nelson Mandela and I write what I like by Steve Biko because I wanted to educate myself about the country Craig comes from. I wanted to learn more about its political and social history. Exploring South African fiction at that point in my life was exciting because I felt I had a personal connection to the country.

Athol Fugard is best known as a playwright.  His only novel Tsotsi, tells the story of a young gang leader in the township of Sophiatown who has a shoebox containing a baby forced into his arms by a woman he tries to rape.  Forced to deal with the unusual situation he finds himself in, his life begins to change dramatically. I was mesmerised when I read this book. Along with being plunged into a world I had no experience of, I loved the authenticity and melody of the dialogue written by Fugard.

Some of my ex-pat friends were from Jamaica, so I also read books by Marlon James and Andrea Levy. Levy was born in the UK to Jamaican parents. I read many of her novels but The Long Song stood out for me. It tells the story of a girl called July who lives on a sugar plantation in Jamaica, just as slavery is abolished. As well as offering a glimpse of Jamaica’s history via fiction, I was interested in how Levy explored her Jamaican heritage from the UK.

My bookshelf at that time reflected my friendships and some of the thoughts and experiences I was having as an emigrant – thoughts on how my emigrant experience and that of my peers would stand, in historical terms, beside those of our ancestors; thoughts about where Craig and I would live in the future – South Africa or Ireland..

The only Irish books I owned at that time were The Boy in the Striped Pyjamas by John Boyne and Maeve Binchy’s Whitethorn Woods. All the rest were in my parents’ attic, lovingly packed away in a cardboard box.

When I came home and started the MA, I felt I had to catch-up on my Irish reading. How could I be an aspiring Irish writer who hadn’t read all the Irish authors? I didn’t necessarily like everything I was reading, nor did I have the time to read everything. Reading started to become a bit of a chore and my imagination was beginning to freeze over. Since reading stimulates writing and vice versa, I felt suffocated by my own thoughts. I decided I would have to cop myself on. It’s reading and writing, Irene! Go out and ask someone for advice and get out of your own head!

The first person I decided to approach was Tadhg Coakley. Tadhg graduated from the MA in Creative Writing in 2017. His novel The First Sunday in September emerged from his dissertation and is forthcoming from Mercier Press in August. The novel is a polyphonic narrative told from 18 different characters’ point of view on the day of a GAA final. When writing the book, Tadhg read short fiction by Raymond Carver, Alice Munro, John Cheever and Lorrie Moore, as well as more contemporary short story writers like, John McGahern, Kevin Barry, Donal Ryan, Claire-Louise Bennett, Danielle McLaughlin and Madeleine D’Arcy.

“I also read a lot of non-fiction for research purposes, on topics covered in the book, such as depression, dementia, identity, sexual behaviour, masculinity, adoption, Parkinson’s Disease. And I read a lot about sport, especially GAA writing,” Tadhg told me.

“I read as much as I can, mainly fiction, though I have been reading a lot of literary articles about fiction and sport recently. I read for pleasure, but also to learn and to find ways into stories I might not otherwise encounter – to get ideas on subject matter, as well as technique”.

Tadhg’s advice was “read what you yourself would like to write. Look at what works, what the writer is doing and why she is doing it. What did you enjoy? Why? What moved you? Why? How was the novel structured? What did that mean? Read a lot. Re-read your favourite writers. Make notes on what stands out. Think about it. Try it”.

Tadhg’s advice was echoed by Danny Denton, author of The Earlie King and the kid in yellow. Recently published by Granta, the novel is set in an Ireland where the rain never ceases. “The book was written over three to four years”, says Danny. “I read a lot – good, bad and indifferent – during that time. I remember that reading Pylon by William Faulkner gave me an awareness of objects in a scene that I tried to bring to my own work. I re-read Marie Heaney’s Over Nine Waves and John Moriarty’s Turtle Was Gone a Long Time. I would definitely say that they were formative.”

Drawing influence from areas outside of writing is a key component to creativity, according to Danny. Lyrics from Tom Waits albums, for example, were also on his reading list, particularly Rain Dogs

“I read for pleasure and insight. If something is particularly pleasurable, a scene, for example, I mark it with a pencil. I destroy the books I read, dog-ear them, admire them again and move on. That gives me pleasure.”

This advice brought me back to the 14-year-old girl who still occupies a space inside my head. She certainly had no problems marking her books and diving head first into the pleasure of reading. I also draw inspiration from my toddler, who forces me to re-read Mole and the Baby Bird by Marjorie Newman and Patrick Benson, about five times each night before bed! The pleasure she takes from reading is infectious.