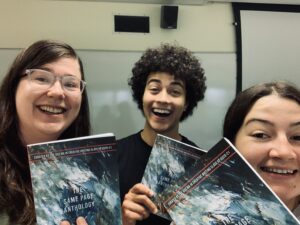 The Same Page Anthology, the newest literary publication out of Cork, was curated and edited by the 2020/21 UCC Masters in Creative Writing Students in lieu of traditional work experience which was unavailable due to COVID restrictions. The anthology is available online at https://www.thesamepageanthology.com/ and in select bookshops across the country. All profits from the sale of The Same Page Anthology are donated to The Sexual Violence Centre, Cork.

Congratulations to all involved !

December 2021 marks the bi-centenary of the birth of Jane, Lady Wilde. Director of Creative Writing Eibhear Walshe will chair an evening at the Royal Irish Academy to celebrate the life and works of Jane, Lady Wilde known as ‘Speranza’, Irish revolutionary poet, gifted translator, proto-feminist and sharply observant critic and essayist. Her great grandson, Merlin Holland will be in conversation about her legacy with Wildean specialist Dr Noreen Doody in an online event livestreamed from the Academy 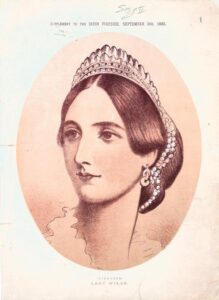 Tickets for this online event are available at https://www.ria.ie/speranza-scholar-reclaimed and the event will be available to watch back on the RIA website afterwards.

Congratulation to Paddy Bushe on his recent graduation, receiving his doctorate in Creative Writing, and pictured below with one of his supervisors, Dr Eibhear Walshe. 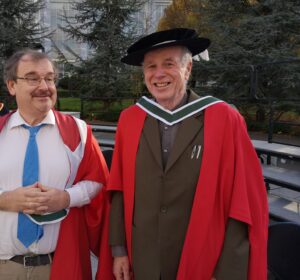 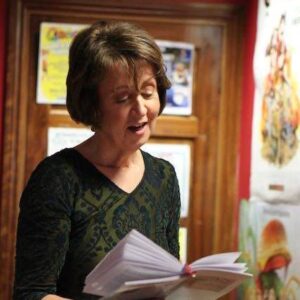 Congratulations to MA in Creative Writing graduate Breda Joyce, who will be launching her poetry collection, Reshaping the Light, at Cork City Library on Thursday 11th November at 6:30pm ! 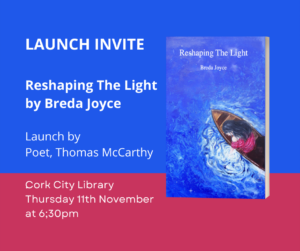 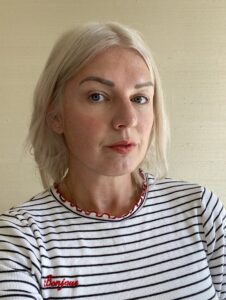 Congratulations to current MA in Creative Writing student, Lucy Holme, who was shortlisted for the 2021 Patrick Kavanagh Poetry Award  Her debut book of poetry (tentatively titled Temporary Stasis) will be published with UK publisher Broken Sleep Books in August 2022.

The Patrick Kavanagh Poetry Award is for a first unpublished collection of poems in English and is open to poets, born in the island of Ireland, or of Irish nationality, or long term resident in Ireland. 2021 marks the 50th anniversary of the very first award in 1971. Other previous winners include Eileán Ni Chuilleanáin, Paul Durcan, Thomas McCarthy, Peter Sirr, Sinead Morrissey, Conor O’Callaghan, Celia de Freine and Joseph Woods 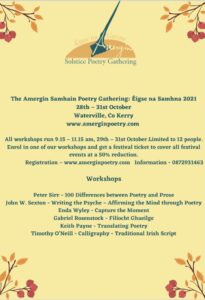 Featuring UCC School of English Creative Writing graduate, Paddy Bushe, the festival returns on October 28th-31st. In the words of the organisers – ‘ We are delighted to come ashore again in Waterville for our newly rebranded Éigse na Samhna. It may not be as bright and sunny as our previous June gatherings but we will fire up your creative juices with our excellent programme of events.

On offer we have events such as the Anthony Clare Memorial Session featuring June Shannon and local Cahersiveen Writers. We will have our Galician night of music and poetry, we will have talks on Migration and Identity and a wealth of readings from Ireland’s most renowned poets such as Peter Sirr, Mary O’Donnell, Martina Evans, John W. Sexton, Gerard Smyth, Enda Wyley and many more.

We also will have three mornings of fantastic workshops on topics such as Translating Poetry with Keith Payne, 100 Differences between Poetry and Prose with Peter Sirr, Capturing the Moment with Enda Wyley, Writing the Mind with John W. Sexton, Filíoct Ghaeilge with Gabriel Rosenstock and Calligraphy with Tim O’Neill.

Four days of poetry and song between the Kerry mountain and the sea. Feicimind ann thú!

Full pass to all events is €80. Day Tickets cost €30 each. Workshop fee is €60 and workshops participants can enjoy all the festival events at a discounted rate of €40. Visit our website to get your ticket today’ 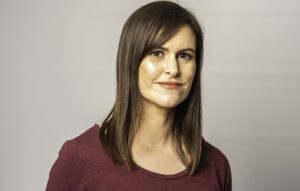 Holding Her Breath: A different take on the campus novel

Check out this excellent review of Eimear’s novel !

I enjoyed Holding Her Breath. The premise is familiar, but this is an appealing iteration, stylishly written, with strong female voices.

UCC Senior Lecturer in the School of English and Director of Creative Writing Eibhear Walshe shares his writing tips.

On Writing: A Memoir of the Craft by Stephen King

The Faith of a Writer by Joyce Carol Oates

On Writers and Writing by Margaret Atwood

A Swim in the Pond in the Rain by George Saunders 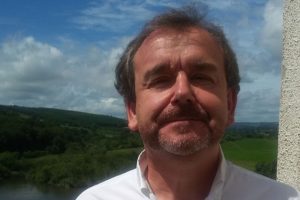 An invitation for inclusion in Cork Words Anthology 2nd Edition

As part of a project supported by Cork City Council and Creative Ireland, Cork City Libraries are seeking submissions of existing work from writers living in or from Cork and/or writing inspired by Cork city.

Pieces will be included in the second anthology of CorkWords which will be published in November this year. The anthology will be distributed by representatives of the city on international visits, and will also be given to Cork’s sister cities: Shanghai, San Francisco, Rennes, Köln. The book will also be for sale in Waterstones as well as other locations citywide.

The first anthology published last year was a wonderful success. It was launched by the Lord Mayor, Cllr Joe Kavanagh in Triskel on September 24, 2020. Installations of selected works from CorkWords were located across the city as a literary trail for Culture Night 2020 and the anthology got special recommendation from Tania Banotti, Director of Creative Ireland. With the publication of the second anthology of CorkWords in 2021, we look forward to more in person events as restrictions will hopefully continue to be lifted as we progress through the year.

You are invited to submit:

b)    Prose no longer than 2000 words. Due to space restriction shorter pieces are encouraged and standalone extracts are also invited.

Email your submissions to: patricia_looney@corkcity.ie by Saturday 19 June, 2021.

A small fee will be paid to all selected contributors. 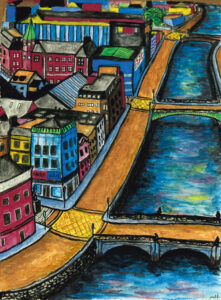 Cover of The Disposable Stories

On Wednesday, April 21, from 8.30pm onward, De Barra’s Spoken Word will host a reading of the ‘The Disposable Stories’, a new multimedia literary magazine, created by Emily Titsworth.

Originally from Mount Olive, Illinois in the US, Emily has been resident in Cork in the past year. The ten contributors on the night – including DeBarra’s very own Lauren Cavanagh – are all students on the Creative Writing MA programme at University College Cork and also contributors to the magazine.

For this particular project, each participant took two photographs using a disposable camera. Once developed, the photos were randomly distributed among them, the pictures serving as ekphrastic writing prompts: Hence ‘The Disposable Stories’ title.

Ekphrasis is a Greek word. According to the dictionary it means, ‘Calling up a subject before the eyes with visual vividness’. So words are used to create a ‘picture in the mind’ but one that can be compared to the actual picture that inspired it. It says something about how all our minds can work so differently, even when faced with the exact same visual (or crime scene, but that’s a different story).

Further information about the event can be found on DeBarra’s Spoken Word YouTube channel that features a video. Emily explains on the video how a search for inspiration led her to come up with the disposable camera idea and why she likes the restriction of “having to capture something in just two shots” instead of the seemingly endless (but often meaningless) possibilities of a digital phone camera. Plus, how her home town is connected to this part of Ireland via a remarkable woman called Mother Jones, aka Mary G. Harris, ‘the most dangerous woman in America’ who was probably born in Blarney Street, Cork, and buried in the Union Miners Cemetery in Mount Olive. Vincent van Gogh’s Starry Night also gets a look-in.

Following the readings, a brief exercise that will encourage audience members to write their own piece in response to one of the ‘disposable photos’ that hasn’t been used yet. They can then read out loud what they’ve produced, if they so want. The prize? A virtual pint of genuinely Irish Guinness “from the comfort of your own home”. The evening will close with an Open Mic that is open to all-comers from everywhere.

A Zoom link will be sent to the mailing list and posted on DeBarra’s Spoken Word on the day. If you wish to be added to the list, please email debarrasspokenword@gmail.com.